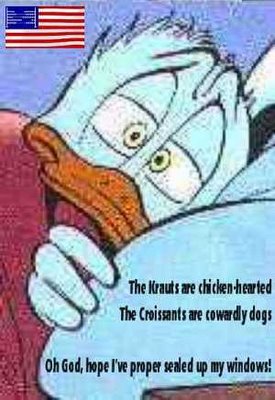 I was in my Op yesterday when the cell rang.

It was Taj on the other side.. he sounded strange..

I am used to my sons calling me while i am on duty .. for demands for something nice to eat to be bought on the way home, to bitch about the other.. To complain about some vague health problem.. and it’s the third one that makes me immediately jittery..

I forgot that a patient was sitting in front of me.. I forgot about my ‘calm doc act’

“Mama I was zipping my shorts.. my ding-dong is trapped in the zipper..”

His sobs came out louder..

That’s a situation when I lose control.. I lose all my professional coolness..

The jelly soft mother in me surfaces.. almost to the point of hysteria..

I blabbered something to the patient .. called my colleague.. sent the patient to her and was out of the hospital in two seconds..

The car wouldn’t run fast enough for me.. I cursed at the traffic jam..

My baby was in pain and I had to sooth it away..


Ooooff..! I had reached home..I honked at my gate repeatedly..


He was rolling on the bed crying and howling.. wouldn’t permit me to look or touch....

Finally I coaxed him.. tried to unzip it.. no it was jammed and edema was building up slowly..

Ohhhh..! he was yelling.. tears streamed down his cheeks..

“Go away…!” He howled at Goutam who was standing and watching the scene , grinning spitefully..


“What happened..?” she looked confused.. she had seen him sitting and watching the TV only a short time back..

“ The surgeon will give local injection and remove it..” I hugged him tight.. kissing his tear soaked chubby cheeks..


But he couldn’t walk.. the pain was too much.. he had himself cutoff the shorts away with scissors.. only the zip was attached to the body..

We took him. Wrapped in a dhothi..

The pain subsided as soon as the local anesthetic was given..

.
The pediatric surgeon tried his best under local anesthesia.. but the zip was jammed.. Edema was building up..

Finally emergency circumcision had to be done under general anesthesia..

He is ok now.. Shy about the incident but loving all the pampering he is getting now..

A small act of carelessness.. but the pain and shame he suffered was terrible..

I felt so incompetent and frustrated .. Unable to do anything.. Even taking him to the hospital, I couldn’t manage myself..

Poor fellow :( Hope he is recovering well. The whole thing sounds so scary! So I can imagine your panic.

p.s. your blog appears under two names in Kerala Blog Roll, one is a male name.

That must have hurt really bad.Its always hard for a mother to see her child in pain.

Hope he is fine now. I don't think a little pampering now won't harm. He must have suffered a lot. It is too damn painful; I still remember taking my 4 year old nephew to hospital for the same reason.

I hv seen plenty of cases at the hospital where the ding dong get stuck in the zip..I hv learned tht Oedema subsides with an icepack application!!!
Don't worry abt not being able to do with anything although you are a doctor. When my kids are sick, my medical brain shuts of and maternal brain is in overdrive. I couldn't even give them an injection. My normal steady hands shiver. they are my babies..not my patients..so I can understand what you went through
Take care..
Sarah

Ayyyyo Pavaam!!!Those zippers are really dangerous. Button Fly, String pants are the way to go...I do hope though that non of his classmates are reading this blog entry...Now that would hurt him more then the actual issue did ;)

oh gosh!poor little thing.I can relate to how you felt.That is pretty much a scary situation.
Poor thing.
Hope he is good now.
and Happy Mother's day to the sensitive and kind mother in you:)

silverine,
hmm.. he is fine now..
oho..? il have to find out abt the blogroll..
starry nights.. yes it was bad. now im trying to see the funny side of it..
alexis.. yes the pain was terrible.. poor thing and he is bit soft type cos he is the baby of the family..

iic,
i avoid treating my boys as far as possible.. just consult the concerned specialist..
i stopped considering pediatrics as my speciality after i became a mom.. i didnt like to see small children suffering..
hmm.. ice pack may have helped.. but i dont think he would have permitted me to do that..
and there is an article in the indian pediatric journal march 06 edition abt this.. they have given a specific method .. the zip is manipulated with pliers and it just snaps open it seems.. but i couldnt make it out clearly.. the pixs were not very good..,
jaggu ,
while taj was in the casualty he specificaly told me to ring gautam and tell him not to broadcast it.. so i know how sensitive he is abt it..
no none of his or gautams friends knows abt my blog..
yes zippers r to be avoided esp in bremudas..
maya,
txs.. i had posted this and after a short time read mindcurry's blog.. thats when i relised that it is 'mothers day' time..
:))

sorry about the goof up in the Kerala Blogroll. someone recently sent me a link to this blog and i added it assuming it was his blog. removed that now.

Oh!! It can be really painful. A nice post for the mother's day...

hope the kid is fine now....
it would be fun when he reads this post couple of years later...(don't show it to him now):)

ayyo pavam! Doc, I can imagine how u felt. Bittu had once the same thing (but didn't needed to go hospital though)and to see our baby in pain is the most difficult thing for a mother.Hope little one doing fine now.

Hope he is fine now, i 'll pray for him.

Thnx for stopping by my blog n ur comment there, hope to c u around:)

hey...poor child. i know the funny side of it seems more obvious to those of us who neither have ding dongs nor kids, but still.

thanks for dropping by and commenting on my blog :-)

I always thought that women are very sentimental ... even the toughest ones... the most professional ... deep down they are designed to be the mothers that we all have!!

So very loving, panicky, caring, and everything else!

Had similar experience in my childhood too ... but i was such a proud guy .. would not show it to my parents ... i still remember unziping it with clenched teeth !!!

anyways hope your baby is fine!

Hi
Came here thru Pradip's blog.
The "zipper story" seen thru a mother's eyes- the pain a little one goes thru----. Touching!
In a more serious vein, the way to remove it is by a pair of pliers from the closed end. Give local, (often, zip further forward to get the clasp away from the target area, and then work with the pliers/stout artery clips at the closed end!) A more drastic step can be avoided always.

from another pediatric surgeon with lots of grey hair!