I drove fast. I was late. My gut burned. There had been no time for breakfast. My PMS didn’t help.

It was Sunday. And I was on duty.. For the next twenty four hours.

I had got up late. The aftermath of a late Saturday night watching the idiot box..

My maid takes off on Sundays.

Some damn pipe had broken in the city. There had been water shortage. The milk had curdled on boiling. My boys had hated the breakfast I had fixed in a jiffy. . The house was in a mess...

I knew it would be worse when I came back.. With only three members of the male species left alone for twenty four hours in the house it was bound to be..

Peeps sat and sulked.. He always does when I am on Sunday duty..


The railway gate was shut… I waited impatiently. My hands drummed on the steering wheel. I noticed that my nail polish was chipped.. My irritation mounted. I hate going around with chipped nail polish.. looks so unprofessional..

I watched the people returning home from the Sunday mass and Sunday shopping.. There was a lazy air about them.. I felt envious..

‘Damn.!.’ I was twenty minutes late..Dr Laksmi whom I am supposed to relieve would be furious by now..’

My irritation mounted further as I waited for the confusion to be over.. Auto rickshaws and two wheelers ran crisscross e trying to poke in.. Engines roared.. Horns blared..

I drove faster.. Past the hospital gates.. Towards my parking slot that I guarded jealously..

That was when that the boy ran in front of my car.

My feet jammed on the brakes.. Fast. My heart hammered.. I was sweating.. Adrenalin through my body already burning with PMS.

The young child was running towards a well dressed young woman who was standing by the window of a car.. Chatting to the people in it.. And she had not noticed anything..!

I parked the car and got out. I felt furious. But other than staring at the group maleovalantly there was no time to give them the tongue lashing they deserved..

And my doc act in the hospital is always calm.. and controlled..

Dr Laksmi was waiting.. Impatiently.. I murmured my apologies without giving her any eye contact..
‘Anything special..?’

Op patients would be waiting .. I proffered to attend to them before taking ward rounds.. Being a lazy Sunday, I was the only doc in the block.

I decided to see that patient first.

The CT report was brought to me..

I needed to talk to the relatives.. He should be shifted to a higher center with facility for neuro surgery.. Blood had to be arranged..

I noticed her as I walked out of the ICU…. The young well dressed woman I had noticed in the drive way.. My lips tightened.. I had no time for that irresponsible woman..

She was coming to me.

Close up, the lovely face looked tired.. Her eyes were swollen.. The face flushed. The smartly cut hair needed a wash..

‘ Your husband..?’ I was confused .. I had thought that she had come to thank me.. And apologize for her carelessness..

‘Yes doc.. We are from Mumbai.. Came here for a holiday.. Was on the way to Kovalam when the accident occurred..’I don’t know anybody here.. '

She looked bewildered and tired..

‘But to whom was u talking in the drive way..?’

‘ The local rotary club members.. My father is a senior member.. He told me to contact the local club..’

‘Blood has to be arranged fast .. He has to be shifted .. I don’t know any hospital here..’

No wonder she had not noticed her toddler dash in front of my car..

Remorse coursed through my body.. I had been so quick to judge her.. Condemn here for being careless..’

Absent maid…. Curdled milk…. Chipped nail polish…. Messy house…. Loss of a lazy Sunday.. None of it was an excuse for being late.. And driving so fast especially in the hospital compound where I am not supposed to honk the horn..

I badly wanted to help..

“Don’t worry, we will help you.. First tell me what your husband’s blood group is”

I remembered my son as I had left him today morning.. Sprawled on the ground.. Reading the Sunday newspapers scattered around him..

But can receive blood only from another O negative person..

And searching for his rare group.. In an emergency.. In a strange place is my deepest dread..

As it is for my mom.

Cos mine is B negative.. Another rare one..

It has come again.. That restlessness...That heaviness in the gut.. That slight lingering pain...That vague longing.. My mind keeps searching ...For what...? I dont know..

Nothing special has happened to me..Then why..?

Does everybody get these feelings at times I wonder..?

An interior convulsion, producing a distortion of the features and accompanied by inarticulate noises. It is infectious and though intermittent, incurable.

I came across this definition of laughter recently and wanted to share it with you all.. 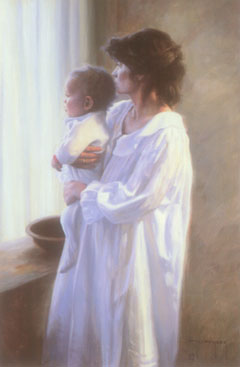 I know its so silly of me but I felt so emotional..

I went to the church for the morning mass.. ..Both Peeps and Gautam refused to come with me.. Boys and girls waited for the father to come after the mass to his room to get his blessings.. Pens... Books and Heads were offered for blessings..! I waited cos I wanted to pay for a mass to be offered... for his exams.

"Now it is time
To open your presents.

Gift of tin and glass,
Wear out in a day
And are gone
But I have a better gift for you.

It is a ring for you to wear
It sparkles with a special light and
Cannot be taken away by anyone;
It cannot be destroyed.

You are the only one in the world
Who can see the ring that I give you today .
As I was the only one who could
See it when it was mine .

Your ring gives you a new power.
Wearing it you can lift yourself
Into the wings of all birds that fly .
You can see through their golden eyes,
You can touch the wind that sweeps ,
Through their velvet feathers.

You can know the joy of going up ,
High above the world and all its cares .

You can stay as long as you want
In the sky,
Past the night,
Through sunrise,
And when you feel like
Coming down again,
Your questions will have answers and
Your worries will have gone.

As anything that cannot be
Touched with the hand
Or seen with the eye,
Your gifts grow more
Powerful as you use it.

At first,
You might use it only when you are outdoors ,
Watching the birds with whom you fly.
But later on, if you use it well
It will work with the birds,
You cannot see.

And last of all you will find
That you’ll need,
Neither ring nor bird
To fly alone above
The quiet of the clouds.

And when that day comes,
You must give your gift
To someone you know who will
Use it well,
Who can learn that,
The only things that matter are made
Of truth and joy, and not tin and glass.

Every gift from a friend
Is a wish for your happiness
And so it is with this ring.

Fly free and happy beyond
Birthdays and across forever,
And we’ll meet now and then
When we wish,
In the midst of one celebration that can never end."


And so I finished reading the last lines..Of The book 'There is no such place as far away..' By Richard Bach..

5 yr old Rae invites Bach for her birthday party.. Bach is miles and miles away from her.. The book is about his journey across the deserts... mountains and oceans..

I got the lovely book from the library. It looks like a fairy tale picture book written on pages with lovely watercolor paintings by H.Lee. Shapiroo. There are only one or two lines in each page..
I have typed the line in each page as a stanza.. it is not a poem..


I finished reading it in about 5 mts and then spent the whole day reading it again and again and gazing at the paintings,,,

I had fallen in love with the magic Bach creates in me.. Again…

I wanted the book for myself..

I wondered if I should cheat.. Report loss.. Pay the full amount and keep the book for myself..
I have done it once.. For an old tiny book of classical poems.. With an exquisite picture for each poem.

I simply couldn’t bear to part with it..


After dinner I called Peeps and Gautam to sit besides me.. I wanted Gautam to read the book.. Aloud.
“Oh! No! I want to watch ‘American idol’ … He looked alarmed..

He knows what a stubborn beggar I can be..

His feet tapped impatiently.. He wanted to get over with it..

I watched my son read the lovely book. He was slowly getting absorbed in the words..

He glanced at the paintings in between. His body started to relax. The words slipped out soft and sweet..

He was surrendering to the magic.. He too was falling in love..