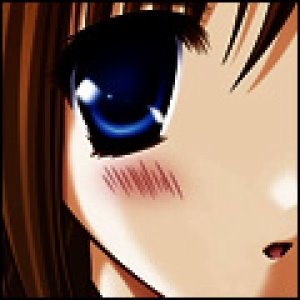 I glanced at my watch…

“I should have remembered that it gets dark early in November. “I chided myself.

The lights of the traffic roaring ahead colored the raindrops blue, green and red… It had started to drizzle.

Peeps was away. My car was in the workshop. It had been a casual Saturday shopping with my boys aged 7 and 5... Not that I needed anything urgent.

Just an excuse to pamper ourselves. Wandering through the shops.. Cosmetics.. Clothes.. Black forest cake and Milkshake with Ice cream for the boys.

Gautam was raising his face to the sky in abandon.. His tongue catching the raindrops falling down.. His shoelace was undone. His tee shirt trailing down from his jeans..

Taj stood pulling my shawl.. he looked sleepy.. his jeans lay hung low on his hips.. the bottom trailing in the mud..

I tried to wave frantically at the auto rickshaws but they just whirred past ahead.. Fast..

I glanced at my watch..

“Lets walk “. I pulled them along. Walking towards Palayam.. I was sure to get an auto there

The rain was gathering momentum. The trees in the university college campus looked sinister..The VJT hall looked threatening in the dark. I looked for the reassuring policeman often seen near the Spencer’s.. No he was not seen anywhere..

Ooh..! One auto was slowing down..

"Where to..?" His eyes measured the three of us huddled against the rain.. Without even an umbrella..

“”Kumarapuram.." I shouted raising my voice above the rain..


“No.” He shook his head snobbishly...The auto whirred ahead..

The sadistic pleasure in the ‘no’ was evident..

Rain plastered the hair to my skull. My clothes hung to my body dragging on my steps.. I drooped..

I could feel the eyes on me.. Young.. Old.. Measuring.. Weighing.. Teasing.. Curious.. Inquisitive..

I clambered in pulling my boys along before the driver could open his mouth.. could speak..

I leaned back on the seat.. hugging my boys towards me... my eyes closed thankfully..

I could feel Gautam’s eyes on me..

I smiled at him reassuringly..

His eyes gazed at me..

“But it is too high..” He sounded indignant.

“You are a coward.. You allowed yourself to be bullied.. Emotionally blackmailed.. "

His eyes accused me..

How can I explain it to him..?

I boss and admonish men in my work place.. I don’t suffer fools or bullies gladly during the day. I drive alone in the city even after 11.30pm cocooned in the safety of my car.

But in the night.... surrounded by staring eyes. If I am alone.. I feel strange..

My confidence falls.. A familiar deep unexplainable dread cloaks me.. I feel the eyes on me.. My voice become high pitched.. My breath quickens..

And those eyes stare at me.. Disturbing me.. Making me want to run to a safe haven..

Maybe it is my fault.. Maybe my response brings out the killer instincts in those around me..

Yes.. Maybe it is my fault.. Or maybe it is the fault of the men in my State.. Who look at me as if they have not seen a female of the species..

I have accepted it as part of being a woman.. Infact I have even included it in my profile..

There were discussions about it in the newspapers and TV shows.. 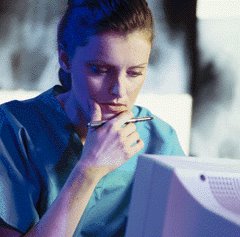 I have seen it happen in many blogs.. Now it has happened in mine too..
Anonymous posting insulting comments..

Frankly …sincerely… I am unable to recognize the anon.

.
I have received a few anonymous letters in my professional life too.. Insulting and threatening ones..

I know how I should deal with them.. Throw it into the dustbin and forget about it.. I do the first thing but often the words haunt and disturb me.. For a few days..

I am a person who lives by my own rules.. I do what I feel is right..

I can be very bitchy.. if i feel that the situation demands it..

I am not here to “fool” anyone about my virtues..

This blog is only an expression of the goodness I would like to cultivate and share with others..
I blog only for positive emotions.. Cos I feel that we all need positive emotions in our lives..

“Angel” “hope” and “love” were chosen with these thoughts in mind..

There may be lots of negativity in our lives but I don’t think anyone would be interested to read about it.. Anyone would benefit from it..

I don’t come here to fight.. Or insult..

I don’t know if my posts sound too self-righteous and goody goody… If I come across as a self proclaimed angel..

The previous post was actually a note to me.. I posted it cos I felt that it may inspire someone somewhere..

Cos I don’t want any negative emotions in this space..

But I would love to be an angel.. Even if it is only for one second..

There is a silent universe slumbering within me…

My only truth.. My only reality..

I can plunge into its mesmerizing depth and vastness.

Slowly.. Surely.. In silence and solitude…

This world is all that matters to me.... My outer world is only a reflection of this inner world..

This world has to be soothed, nourished and lovingly nurtured..

This needs constant focus on my part..

All these enrich and fertilize this beautiful world..

When my inner world is lush, vibrant and enriched I feel great.

Lovliness, Sweetness, Laughter, Joy , Confidence and Glow oozes out of me…

Caring.. soothing..nurturing..healing and inspiring the people around me..

My gifts are unleashed…

I become the rippling ocean.. The mountain mist.. A valley of flowers.. The molten sun.. The drenched mother earth..

I become a lovely elegant pearl.. 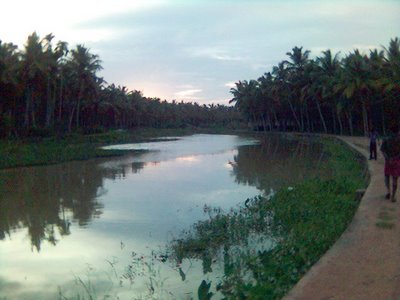 Rituals and routine didn’t impress me while I was young..Spontaenity… Variety..Adventure.. Different from the ordinary.... That used to be my mantra..

But now I feel different..Order… Doing a few things.. The..same way.. At the same time each day.. Sooths me..

Ringing the bell in my boy’s room .. lying on the bed.. as soon as I wake up every morning…. Daily morning walk, seeing the same scenery and the same smiling faces.. …Watching the NDTV news …all the four of us… chatting and joking as we have breakfast... Saying Rosary and a Psalm daily.. Laying down my steth.. cell… glasses and pen the same way, on my table before I start my work….. Having specific dishes on some specific days.. Lighting the candle before our family prayers at dusk.... Watching the night sky in solitude and silence every night..Pampering my body and face with bath and lotions before going to bed.. The familiar fragrance of camphor melting..as I slip off to sleep..

Simple pleasures of life.. But.. Ha..! So soothing.. So comforting.. I find all these things stabilizing me ..I find it binding and connecting our family in a beautiful manner....

No they are not just superficial things..

There is tremendous power and strength in rituals and routine...