‘I don’t know how you manage it.’. My hubby sounded cross.. ‘People instinctively know that they can cheat you..’

I kept silent.. Was it true?

‘Don’t take what people say at face value.. And money is something that tempts people.. Always..’

The bill had been for 525 rupees. I had no change. So I had given the caretaker a one thousand rupees note.

‘You go there only few days a month.. It’s not as if you know him that well’

‘You should think what is making a person say something.. not just believe it blindly.’

‘Yes. I had believed him.. When he told that he had spent the balance amount and he would pay me back when he got his salary.. I had again kept quiet when he told his salary was not enough but he would himself pay the next month’s bill.

He had come after me each time I walked across the lobby to get into my car.. Apologizing..

‘Ma’m please don’t tell the committee.’ he had begged

I had finally got irritated.

‘Don’t keep talking about it and wasting my time. You pay it next month.’ I had driven off angry with myself..

He had kept quiet after that.. And I had ignored him..

I had gone there the last weekend to see a new caretaker.. The previous one had left..!!

‘You have been cheated.. Don’t trust people like that. If you have to pay 525 you should give only maximum 600’. My hubby repeated ..as if talking to a small child.

Somehow I had never thought that he would Leave the job and go away like that without paying me the balance.

‘Just learn from it.. Don’t fret over it .’ My hubby felt sorry for me I think.

I could only learn from it and move on.

Something that was so obvious to my hubby.. I had been blind to it..

Any way I have learned one more lesson.. I consoled myself.

I dedicate this post to all those who have cheated me.

Thank you .. For all the lessons in life.. 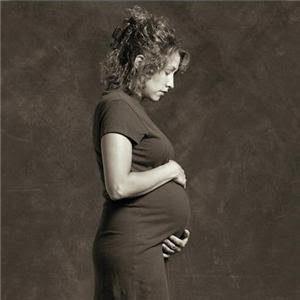 Take care of them..

They are our most prized possessions.. Little bundles of energy.. With capacity to breed.... Millions and million times over..

They can make us stagger with pain ..stark mad with fury..smother us with wretchedness, loathing, and despair..

They can make us face malice with mercy.. defeat with equanimity.. and terror with tranquility

They can make us see the vulgarity in vanity.. hilarity in hypocrisy .. gift in adversities and blessing in betrayals..

They can give us the might of tenderness .. the quietness of absolution.. and the delight of dreams..

They can sweep away the past.. living waters to flow on.. and grace to gush forth..

Beyond the the horizons.. beyond the quiet of the clouds..towards staggering light and love..

They are our most prized possessions.. Little bundles of energy.. With capacity to breed.. Millions and million times over..

Let us take care of our thoughts..
:)