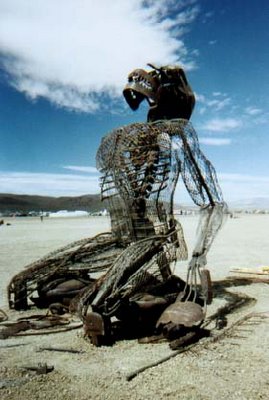 The rain lashed down drenching the leaves.. soaking the ground…. puckering the surface of the lake with millions of ripples. Dipping the waterlillies..

The coconut palms swayed.. Their leaves surrendering to the cold, harsh wind and the incessant rain..

‘It’ lay among the reeds.. near the banks.. bloated.. skin soggy , blistered and broken in areas..

Dasappen shivered in the hostile biting wind , as molten heat rocked him in waves..

He couldn’t see ‘Its’ face..’It’ lay prone in the gray muddy water..

But the curly hair was familiar.. The striped polyester shirt and dark gray pants were familiar..

They had gone to the textile shop in the town to buy it two weeks back..

No the local tailor wouldn’t do. It had to be sharply stitched..

“Smart formal look is needed for the interview Acha.”

Ravikutten’s dark smooth cheeks had been flushed with excitement as he read the interview card. His dark eyes glowed earnestly..

Front office staff.. For a star hotel in Dubai..

‘Yes. Ravikutten will get the job.!.”

Bala had beamed at him as she lovingly pressed the shirt and pants once more.. Smoothing away imaginary creases.. The night before.

Ravikutten would be leaving for the interview.. In the first bus in the morning..

Dasappen had nodded .. His heart almost bursting with pride..

‘They had made him a graduate hadn’t they..? And a diploma holder in hotel management and catering too..!’

The agent was asking for seventy-five thousand .. fifty now.. Twenty-five six months later. He would have to make final withdrawal from his PF.. But it would be worth it.. Ravikutten would look after them.. Ammu had to be married off.. But that could wait another two to three years.. she had just started her MA..

His slim, , smart smiling earnest Ravikutten.. His first born.. His son.. Blood of his blood.. Soul of his soul..


The molten pain was rising high.. like crashing waves....Fiery.. Icycold..

Gripping.. Soaking.. Crushing and Blinding him..

Very moving and gripping story. Waiting for the second part. Why the foray into fiction?

Depressing but this does sadly happen in our World These days....

Just been little down lately... Hope you are fine :)

Touching one! Can feel the tragic moments..

the start is closely etched to reality. good work doc. i hope u can carry this ahead in the next part

nice story..waiting to read the next chapter.

wow.. took from wehre to where!.. interesting.. when would be the next part?.

feeling uneasy....well written...
waiting for the next part.....

Its great to see u having ventured out into fiction, after travelogues and life narratives!! :)

Its the "first bus" from the very first day i started reading fiction! Why is it so?

The local tailor and the barber held a commendable position in all the fiction? Why?

Jobs and careers can prove perplexing for the best of us.