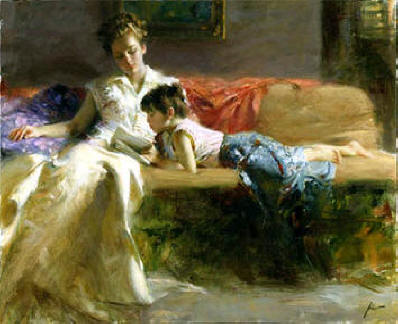 She looked at me scornfuly.. Her smile was confident

Anger bubbled up my gut..My head throbbed.. I felt frustrated.

But then it was her choice.. I kept silent..
She had come to me with a history of missed periods.

A smart young woman.. Sharp features.. Hair in a tight ponytail.. Mother of a two yr old girl.. She was a clerk in a bank.

But somehow I failed to connect with her..

Human bonding is important for me..Especialy when I deal with people professionaly. That’s what keeps me going …

Her pregnancy test was positive.

“Hmmm good news..! You are pregnant..!”
I smiled at her.
“Yes. I had expected it”. She was cool.
“ I want an abortion”
“Abortion..?” I was surprised.. “why?”
“I am planning to appear for The Bank Officer’s test.. Have to prepare for it.. Besides that I want only one child.”
“Then why didn’t you go for a permenant sterlisation..? At least you could have taken some temporary precaution..”
‘We use condoms usually.. But once or twice....” she shrugged..

I felt irritated.. I have seen many women like her.. Who are so casual about these things..

“Maybe this one is a boy..” I hated myself for saying that… Using that to cajole her..

“But repeated abortions can harm your health..” I told her..

She looked at me scornfuly.. her smile was confident.

I knew there was not much I could say.. she would find a gyenecologist who would cook up some indication for an abortion for her..

I felt indignant after she left..she had had least intrest in what I had to tell her.I felt irritated with myself.. for trying to advice her..

I would never undergo an abortion I thought.. The guilt would be terrible..

I Remembered what Rene had told me ..

About four years back.

She had come to me with pain lower abdomen...Mother of two kids.. Lap sterlisation done.. She missed her periods.

The bonding had been instantaneous..

I advised a pregnacy test and A scan to rule out ectopic pregnancy..Failure of lap sterlisation was not unheard of.And her lower abdominal pain was worrying me ..

The cell rang to wake me from my nap tha afternoon ..
It was Rene on the other side..
“Doc.. shall we come to your house now..?” Her voice was tearful..
She knew that I rarely saw patients in my home..
“Ok. Come along..” I soothed..

Her face was flushed as she walked in..I read the reports silently..
Yes she was pregnant.. But thankfuly the pregnancy was Intrauterine not Ectopic..
“Well… You can consider an abortion ..”

I had to offer her that since it was a case of sterlisation failure..Rene started to cry.. Like a child..Then she rubbed her tears away…

“ I will have to have this baby.. I cant consider abortion.. I know it will be difficult to manage..”“But I could never consider an abortion..” she gazed at me tearfuly..

The boy is two and a half years old now.. He has started to attend play school..

Two women..Facing almost the same situation .. But the paths they chose were so different..

I only hope that I will never be in a mental state to consider abortion as an option..

Decisions appear to be difficult sometimes..But certain values that you refuse to give up.. Certain bottom lines you refuse to cross .. can simplify everything..

Its ones' decision that we need to consider. But the fact that She might need a boy child later and she doesn;t want to steralize... is something really rediculus.. Its so stupid that people even now think like that... But reality sucks and its a fact that people of such mentality exists..

hmmm....I wish SHE could go meet some couple who are not blessed with kids even after years of trying ..I am sure then she wont be taking all this so casually.Life sometimes is just not freakin fair.My Heart dies a 100 death when I see some of my friends who even after much trying & treatment couldnt conceive looking sad & drained when ever there is a mention of Kids...I reapeat Life sometimes is just not freakin fair. *Deep Breath In & Out...repeat..*

Difficult times require difficult decisions but ...this is

Rene is the kind of woman I have in my mind. But it is sad that women like her are not considered as 'smart'. That young woman you talked about first could have avoided an abortion using other ways (as you said) if she didn't need any kids. I do not understand why these people think that kids can ruin their 'enjoyment' in life. You showed two sides of the womanhood. And I respect Rene.

I really dont know! on one hand there is the womans right to her freedom, and on the other hand , there is the poor unborn kid's right to life. To say the truth, abortion is one issue which has me stumped! thank god i wont have to take such a decision in my life EVER

Whats so wrong about abortion? Especially in an economy like ours, where the population grows at an annual rate of 1.4%, shouldn’t we deal with abortion in a more logical and rational way?

I am not talking about the case of the upper middle class or the upper class of the society facing with issues like having one kid and then deciding whether or not to have the next one...

I am talking about India’s majority - the poor ill educated unemployed masses, the ones who struggle for one square meal a day, and the ones who live in slums...Isn’t it better if they avoid bringing a fourth or a sixth child to their shabby tent, with absolutely no way to feed it properly?

For abortion to be considered in a healthy way, shouldn’t we do away with the social, moral and religious taboos associated with it?

abortion is a personal decision. A doctor can offer advice (if asked for) but should not try to enforce his/her morality on someone else, especially when the person is seeking professional advice. It is a tough thing to do and i am no one to advice (never having faced such a situation!) but thats the right way i guess

In this case the idea of going for a second child (boy) later is a ugly n criminal decision. But making a choice (even if it is career related) not to have a child now is the privilege of the woman. I think its a better option than having a kid who might then feel unwanted through out his/her life.

No offence, but i think u were correct when you said "Who am I to judge..?"!


Having said that i have to disagree with geo. advising poorer people to have fewer kids sounds to me very paternalistic. A similar argument was raised a while back in the US about the blacks on dole having more kids.

@Geo -- It is far more better to educate the people about the ways of safe sex. That way we can avoid abortions. Instead, are you sayig that we should educate them about abortions??? Abortion is killing. It should be considered as a crime as we have other ways of family planning.

If my comment conveyed the idea that only poor should be forced for it, then I am sorry... thats not what I meant. What I meant was, unless you have the means to support the child in every way (financial, social and emotional) you shouldn’t give birth to it.

An abortion is much better than abandoned infants or hungry uneducated masses who are forced to live on the streets.

World over, governments and NGOs have been trying to educate people about safe sex. Let them continue their good work. An abortion comes into picture only when that education is not complete. Or when that education was not enough to prevent an unwanted child birth.

It is foolishness to say you wont consider the option of adoption at all. An unplanned 11 minutes shouldn’t cause an unwanted life.

id like to point out one thing.. personal decision or not abortions r ilegal unless its done for specificaly laid down indications.. like affecting the health of the mother.. if it is due to rape.. or due to failure of a family planning procedure etc..its a crime.. and a woman doesnt have the right to do it..
morally i feel that abortion is homicide..
contraceptions r meant to avoid unwanted pregnancy.. abortion is not the solution..
goe would you suggest homicide of those abandoned kids and hungry uneducated masses..?

like you said - who are we to judge. circumstances, situations, financial condition and many many other factors are different for each individual. maybe she did not tell you the entire story. maybe she has an abusive husband. maybe she is planning to go through a divorce which she does not want to talk about? you never know. and precautions are not really 100%

having said that, you being a doctor are of course in a better way to experience the emotional upheavals related with such situations.

let's face it...a section of the society supports abortion, while the rest doesn't.

what i find it difficult to understand is that why do these groups want to imprint their ideas on the other group.

i feel that people who get babies easily have slightly less value...in the sense they r unaware of the pain that infertility or difficulty in conceiving carries...
u have writen about prenancy and conceiving....plz come over to my blog!!!
I LOVE U ANU!!!!!! u have always given me courage,confidence and support!thanks !

This woman is a paradox. If she doesnt want a kid now, why didnt he use contraception? Why go through the surgical procedure of an abortion? It shows callousness,ignorance and an utter disregard for life. Maybe the fact that she can conceive and terminate a life at will makes her feel in like a modern empowered woman. Sad :(

brilliant post doc.. i wish that women came and read this piece..

and how can abortion become a personal choice.. it involves the life of a soon-to-become-human-being.. we are denying a right to live here..
well if one doesn need a baby let her take the precautions..
it isnt right to abort.. i dont think so.. it is murder!!..

imagine if our mom had done it to us.. show some concern people..

personal choice is a convenient excuse misused to justify anythin dirty or ghastly ..

:) dunno if u remember...dhanya here. i am anand's and clash's friend. used to come read and go...this one was touching.
have u thought of women who decide not to abort and give birth and then abandon...like taking away a cancer?

I have met people from both view sets.. I personally feel that abortion should not be a casual affair.. concieving brings upon a huge responsibility and to shoulder it shows character.. but again it totally depends on ..if the person believes abortion amounts to killing or not.. and I think thats the reason why the 'smart' lady was so casual and rene was not..

txs everybody for ur comments..
dhanya..! great to see u after such a long time..
:))

who will i choose my boyfriend who i rarely see or the man i fancy who lives near me? help?

we should prevent the need for abortions by educating the youth about safe sex and contraception. because thats the only way we can avoid abortions given the social and demographic structure of india. banning abortions as such will allow resurgence of illegal abortions done by quacks, and increasing the death of such mothers - like it used to happen before abortions were legalised in 1972.

i think v have come to a stage where even truth and lies are relative.......when we judge the situation as we want, it is the right one....even if it is wrong for everybody else.....

so one is right, on her will and the other too....

btw, the question is relevant.....